Skip to content
There are innumerable mobile manufacturing companies which have come out with flying colors with their first-rate devices, and Xiaomi being only six years old has emerged as the 4th largest mobile maker company. And the most sold Smartphone under the flagship is the outstanding Mi series due to its exceptional features. And now the tech fanatics are anxiously waiting for the Chinese electronic company to launch its upcoming Smartphone Xiaomi Mi 6. The Xiaomi Mi 5 was introduced into the Indian market in April 2016, and the device was highly appreciated by the users. Therefore, it can be anticipated that the tech giants are going to make the Mi 6 more powerful than the previous Smartphone in the series. It seems that the release date of the device has already approached as quite a few reports have highlighted that the Xiaomi Mi 6 will be released on February 7, while few have stated that the device has all the possibilities to come up on February 14, which is valentine’s day. But we cannot come to a conclusion right now as speculations also suggest that the upcoming Smartphone by Xiaomi might be launched somewhere around March. Well! This has surely made the buyers more impatient as they want the device to hit the markets as soon as possible.
Nevertheless, it can be expected that the upcoming Xiaomi Mi 6 might be equipped with an eye scanner as reports suggest that the tech giants might be discarding the fingerprint scanner option from the device. And if this rumor turns out to be true then the users will find it extremely safe to store all the important documents on their phones. Maximum number of reports have also stated that the upcoming Smartphone by Xiaomi will be sporting a Qualcomm Snapdragon 835 processor. The Xiaomi Mi 5 came up with Qualcomm MSM8996 Snapdragon 820 processor, therefore, it would be great upgrade for the upcoming device.
And as far as the camera specification of the device is concerned it has been highlighted several times that the Xiaomi Mi 6 will be coming up with a phenomenal 23 MP rear camera and the front-facing selfie camera will be equipped with a 7 Megapixel. On the other hand, the outlook of the upcoming Smartphone by Xiaomi is also expected to be first-rate as it is said that the device will be sporting a 5.2-inch 4K display screen with a 4096 x 2160 resolution which seems to be highly impressive.
By getting an insight into all the rumors associated with the features of Xiaomi Mi 6, it can be very well predicted that the device is going to ace the technology sector with its first-rate attributes as well as outlook. So would the Xiaomi Mi6 have all the possibilities to emerge as one of the best Smartphones of 2017? Well! It might have all the chances.

After the Nexus smartphones, Google has launched it’s own developed phone today. And the name is Google Pixel. Of course the expectations of the end users will be high enough as this is a product lunched by Google. Well, before we go ahead and know about the specifications of this phone, here is an introduction…

Motorola has launched the Moto G phone in December, 2013. After the success of that phone, Motorola has launched it’s next smart phone named Motorola Moto E with some great software and hardware specifications. This phone will be available in India from Wednesday 14th May, 2014. As of now, this phone can be purchased exclusively…

Motorola Moto E3 Power has been launched in India today on 19th September. This phone is having a 5.0-inch displace with MediaTek MT6735p SoC with 1.0GHz quad-core Cortex-A53 CPU and 550MHz Mali-T720 MP1 GPU. This phone will be exclusively available on Flipkart.com and the sale will start midnight today. You can buy this phone at No-Cost…

Apple has created a worldwide sensation when they launched the much-awaited iPhone 7 back in September, last year. With the new dual-lens camera setup, waterproof display and the introduction of the Lightning Port, the US-based tech giant captured the lion’s share of the smartphone’s market. Since the release of the iPhone 7, the tech enthusiasts… 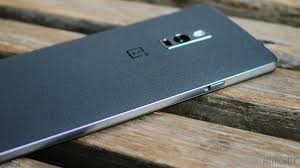 Since its grand release, the OnePlus 3 has been a real flagship killer by all means. The handset offers almost every feature the mobile lovers love to have in their mobile and that’s too in much lesser price than Apple or Samsung selling their flagship devices. A few days ago, the Chinese company unveiled a…

Are you a movie or a Gaming geek? Do you wish to watch back-to-back movies online? Do you need a phone with a big battery that offers up to 2-3 days 3G talk time? If so, this list of 5 Big Battery Android Phones will be useful for you. Today, we came up with a…